Nissan has managed to produce some of the fastest cars that compete various sporting events and in the yesterday’s final practice The Tim Bell Racing 370Z NISMO was the fastest Nissan. Nissan has announced that the same car will be in the qualifying session of Continental Tire Sports Car Challenge that will be held today. Nissan believes that they certainly have a chance here to qualify at 3.74 mile Sebring International Raceway in Florida. The qualifying session begins Thursday March 13 at 12:55 p.m. ET. 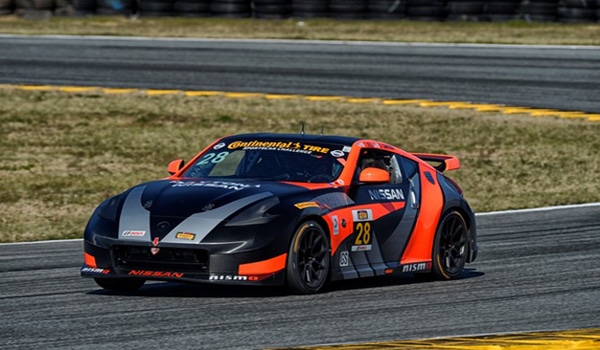 This will be the second race for the Charlotte-based Tim Bell Racing team. During the practice round driver Dane Cameron has a fast lap of 2:17:613 which is the fourth fastest lap at Sebring. In the qualifying session, team owner Tim Bell and Dane Cameron will co-drive the Number 28 370Z NISMO for the grueling 2.5 hour CTSC race. Nissan mentioned that in all there will be five Nissan cars in the race, three 370Z NISMO and two Altima 3.5s.