The first impression of 2013 Chrysler 300 to me was a full size sedan loaded with the most powerful HEMI V8 engine the company had to offer. Of course there are other exterior and interior features that have been added to it, but the 6.4 liter engine definitely stands out with its 470 horsepower and 470 lb ft of torque. The gear box is totally compatible with a five speed automatic transmission. The car is definitely big in size when you look at it, but it’s trumped by the fact that it reaches 60 mph from zero in four seconds and takes less than 13 seconds to make it to the quarter mile. The top speed is not so bad being 175 mph. Launch control system is the latest feature in 2013 Chrysler 300, which allows acceleration in the fastest way possible by spinning the engine for optimal rpms. And yet, this car manages to conserve petrol, as fuel economy is at 14 mpg on city roads and about 23 mpg on the highway. The price starts from $30,709 to $47,270, and this car has been ranked at number 2 out of 9 among the most affordable cars on usnews.com. 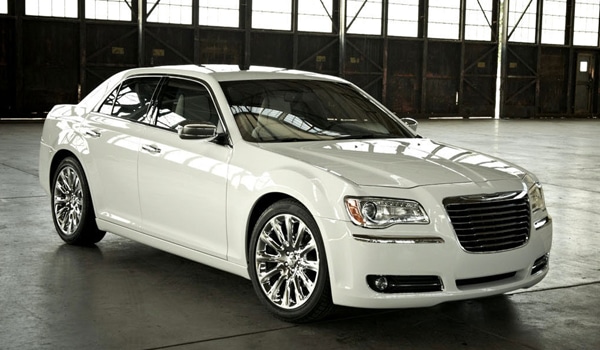 The standard 300 has a milder and conserved look to it, whereas the Chrysler 300 2013 has been upgraded with a more aggressive appearance. The company has added dual exhaust pipes to the rear, where they protrude out from the car’s black diffuser. The wheels on this car are way more attractive being seven spoke and 20 inch. The interior has also been changed with a flat bottom steering wheel, seats that have a sportier look and a carbon fiber trim. 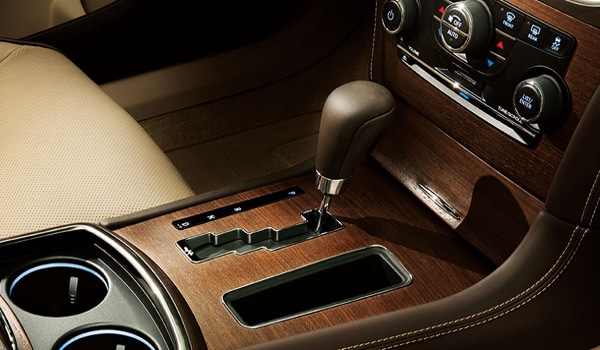 Comparing it with the previous models, I have to say that the braking system has been improved providing wider rotors (14.8 inch in the front and 13.8 inch at the back), which are equipped with four piston Brembo calipers. The 2013 model also has an upgraded air suspension along with an active damping system with three different settings to help you choose between excellent on road comfort or handling responses. 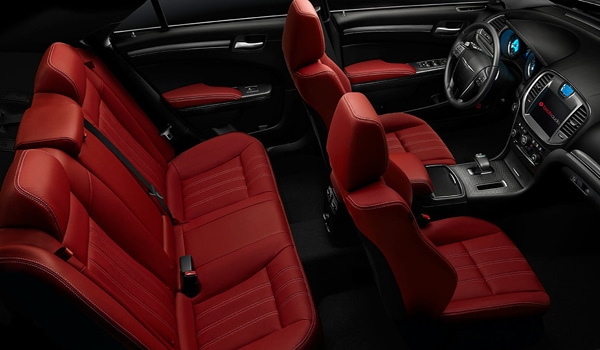 The interior is quite attractive with leather and suede upholstery on the seats, which can be adjusted. The navigation system is incredibly efficient, which keeps divers updated on the traffic situation. Other than that there is Bluetooth, a six speaker sound system, iPod compatibility and much more.

Chrysler 300 is well equipped with safety features by their signature SafetyTec Group and also includes some new features such as forward collision warning (FCW), blind spot monitoring (BSM), Park Sense front and rear park assist system, exterior mirrors with turn signals, approach lamp, and many more. In case, a driver loses control, the car has quite enough airbags to ensure minimum injury, as it offers knee and standard side and front airbags in addition to reactive head restraints for the front row. 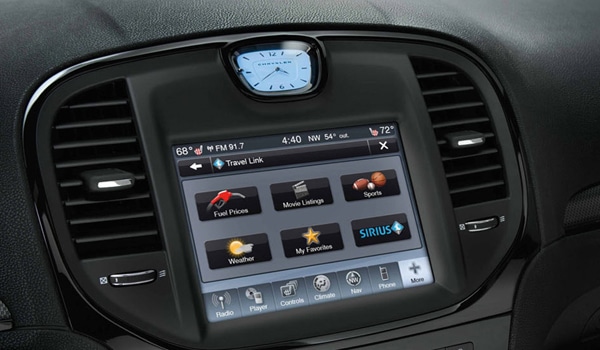 The standard Chrysler Uconnect Access Infotainment system is also included in this model it is regarded as one of the most user friendly and easy to operate systems in the automobile industry. It combines the climate control, navigation and audio into one unit along with an 8.4 inch screen. Despite the touchscreen, buttons have also been added to the dashboard for climate control, audio and tuning. Chrysler 300 is also equipped with a voice command system that allows you to call anyone, command the navigation system, control the sound system etc., without having to let go of the steering wheel and hence, making your drive much safer. It can also operate a Wi-Fi network (you will have to pay a monthly fee for the service) and other search applications.

The main competitors for this car will be Ford Taurus SHO as well as luxury vehicles such as the BMW 550i and Mercedes Benz E550.

Sedan vs coupe is an old battle that has been fought by many car enthusiasts as some prefer vehicles like Integra sedan, and others like to have cars like Chevy coupe. But, most of the debaters have... END_OF_DOCUMENT_TOKEN_TO_BE_REPLACED