Car Accident Facts You Should Know 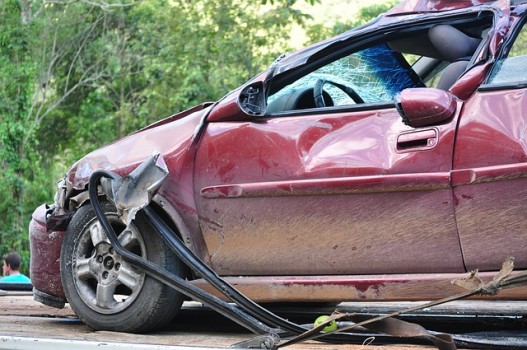 It’s our biggest fear when we go out on the road. Something happens and suddenly we lose control. Or worse, there’s no warning at all. The car comes off the road or crashes in seconds, and we don’t understand why or how. We’re left sitting in a car that is now a mixture of crumpled metal and glass, as we start to panic. As scary as it is, it’s worth pointing out that it could happen to anyone. Car accidents aren’t quite as rare as many would like to believe. This should be apparent by how many accidents you see driving home from work each day. In fact, one-third of new drivers will crash their car in their first year out on the road. That’s why you do need to know how to handle a car accident. There’s a lot of things that you need to be aware of.

The Effect Of Adrenaline

There are a few things that you need to know about how adrenaline impacts the body after a car crash. When you crash your car, you might feel light headed. It’s also possible that you’ll be a lot stronger than you typically are. This is why people in car accidents have been known to walk even after breaking a leg. Or, why some people have managed to pull doors off that are broken to free someone trapped inside. It’s all thanks to the adrenaline pumping through your body.

You might also find that you start to panic. You may even struggle to breathe, and this can be true even if you have no physical injury. After a car accident, your body can still enter a state of panic that’s difficult to control or escape. If you think you are panicking after a car accident, the best way to deal with this is to breathe. Keep breathing, slowly exhaling air until you feel better.

If you were driving a car during the accident, your mind will almost certainly focus on one question. Am I to blame? If the answer is yes, then you will have figure out just how liable you are. If the answer is no, you might still find other drivers asserting blame on you. No one wants to be responsible for a car accident. Particularly, when other drivers are involved. Essentially it’s common for people in car accidents to almost immediately enter the legal battleground. Statements will be thrown around such as “he pulled out on me” and “the light was red.” In some cases, it will be one person’s word against another and nothing will be achieved.

However, if you are involved in a road accident, you definitely should contact a car accident attorney. They’ll be able to answer any questions you might have and make sure that you understand your rights.

It’s worth noting that claims from a road accident can occur months down the line. You might have an accident and think that everyone got away without being injured. Then, you get a letter in the post. You’re being sued by a person who suffered a spinal injury. If your insurance covers legal claims, you won’t have to worry about it. If not, then you might have to go to court.

Your care and responsibility while on the road might also be brought into question. You might think that your driving was beyond reproach. But if someone thought you weren’t paying attention before the accident you might find this brought up in court. It might not be an issue where you have broken the laws of the road either. It’s entirely possible that someone saw you having an argument with a passenger in your car before the accident occurred.

Health Of The Car And The Driver

There are two things you must get checked out after a car accident. The first is the car. In some miraculous cases, cars have left an accident scene completely unscathed. There’s not even a dent in the bodywork. But you should still get it checked out by a mechanic. The damage might be eternal or unseen.

Second, you must get a checkup for yourself from a doctor. Again, it’s unlikely that there will be no sign of a serious injury, but it has happened in the past. People can suffer a concussion without even realizing. That’s why it’s always better to take extra precautions.

How To Choose The Right Vehicle For Your Business Japanese Imports: The Best Tuner Cars

The Brits are very enthusiastic about their motorcars. Let’s take a look at the latest market trends and best-selling cars in the UK: Ford Fiesta: Image Source: Flickr It is astonishing to see but... END_OF_DOCUMENT_TOKEN_TO_BE_REPLACED