What are Hybrid Cars?

In short, a hybrid car is a car which is powered by two different sources, for example, gasoline and electricity. In modern times, this is normally an electric motor combined with an internal combustion engine. If more than one type of energy is being used to make the car move, this is a hybrid vehicle. Hybrid vehicles are different from electric vehicles, because hybrid cars use fuel as well as electricity. The electricity is gathered and reused in a hybrid car, whereas in a normal gasoline car, this energy would be wasted rather than recycled.

Why Buy a Hybrid Car?

One of the main reasons why people love hybrid cars is that they can be much cheaper than regular gasoline cars. The fuel efficiency and mileage of a hybrid car can be as much as 35% better than a standard car, which means drivers of these vehicles can travel much longer distances at a much cheaper price. Some areas also offer added benefits to owners of hybrid cars, such as free parking, cheaper repair costs and discounts on annual insurance premiums.

Apart from the obvious money-saving benefits, hybrid cars are also much better for the environment than gasoline cars, hence the reason why the governments are keen for more of these vehicles to be on the road to replace standard cars. Hybrids emit much less air pollution than regular cars too, which means that they are better for the earth in both the short term and the long term.

Hybrid cars might be a lot more popular on the roads than they were a hundred years ago, but they are far from being modern inventions of the 21st century. In fact, hybrid-type vehicles date back to as early as 1665, when a mini “car” powered by steam was created for one of the Chinese emperors of the day. Although it was world’s away from the powerful and modern hybrid car which we see on our roads today, this vehicle managed to travel 85 miles in around 10 hours. 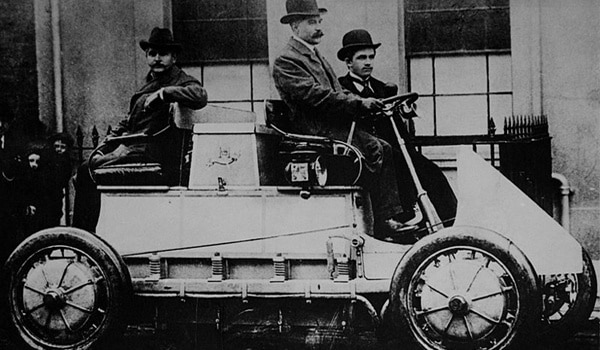 The next hybrid car was created in the 19th century, when Robert Anderson from Aberdeen succeeding in building an electric vehicle. Later in that same century, the year 1870 saw the creation of yet another electric car, this time with a very light motor powered by electricity and built by Sir David Salmon. However, these types of vehicles came with problems – the speed was very poor and the range was not good either.

The people of the late 19th century witnessed many different types of hybrid cars, including cabs owned by companies and one of the very first Porsche cars. By 1900, a poll revealed that the majority of people preferred electric cars to gasoline and steam powered cars, although the steam powered cars were a close second.

In the year 1905, an engineer from America by the name of H. Piper invented a petrol-electric hybrid car and applied for a patent. He believed combining electric motors with engines would enable vehicles to travel at 25 miles per hour at least. As one of the problems with vehicles was the lack of speed, this could prove to be a breakthrough in the motoring world.

Further into the 20th century, hybrid cars became more and more popular, until Baker of Cleveland, Woods of Chicago and many other big American car companies offered them to their customers. Trucks and larger vehicles were also hybrid, and by 1966, the US Congress brought in bills which recommended that car drivers use electric vehicles instead of gasoline vehicles, as this would help to reduce the pollution in the air.

Although the Model T by Henry Ford took the world by storm, and thousands of gasoline vehicles were purchased across America, hybrid cars remained popular within the US and overseas. Most recently, the Toyota Prius is one of the world’s most popular hybrid cars, and many cars owners choose hybrid to save money and help protect the planet.

For those considering hybrid cars, one of the main problems is the initial cost of the vehicle. Although buyers will pay more for a hybrid car than they would for a standard gasoline car, experts recommend that they fully consider the financial benefits of a hybrid car before hastily assuming that it is too expensive. After the potential insurance savings, fuel savings, road tax savings, parking savings, repair savings and significant help to the environment have been taken into account, the price of a hybrid car doesn’t seem like such a big price to pay after all.

The Brits are very enthusiastic about their motorcars. Let’s take a look at the latest market trends and best-selling cars in the UK: Ford Fiesta: Image Source: Flickr It is astonishing to see but... END_OF_DOCUMENT_TOKEN_TO_BE_REPLACED