I took my car in to a new garage the other day to get the brakes redone and there was a Datsun poster hanging up in the lobby. The mechanic saw the surprise in my face and I told him that I remember Datsuns from the 1970s and 80s.  He showed me a few more posters and a vintage Datsun calendar in the backroom and I was duly impressed. When he asked me if I wanted to see something even more interesting I followed him out the back door of the shop and he pointed to the two Datsun trucks he had parked there. They were in great shape and he told me he had another one at home that he was also working on. 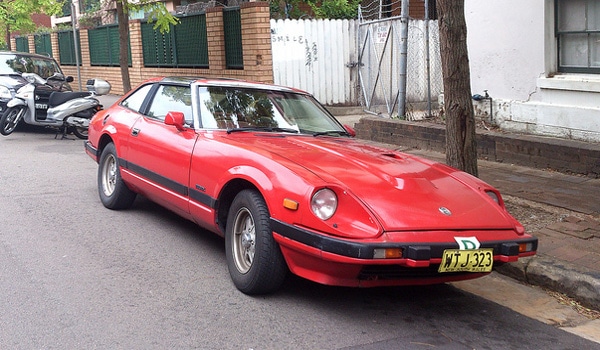 Those little trucks seemed so ancient to me and I really hadn’t seen anything like them for many years.  He was restoring them and the two at the shop looked just about finished. He started telling me about Datsun and how they changed their name to Nissan in the mid-1980s and the rest is history. It is? I asked. This guy knew everything there was to know about Datsun and Nissan and he started telling me the story behind this great Japanese company.

Datsun built its first car in 1914 and it was called “DAT.” Each letter represented the last name of the three founders, Den, Aoyama and Takeuchi. Okay, that sounded good.  In 1918 the company began building trucks for the military and in the mid-1920s they made light trucks and cars. The name Nissan, he told me, was used in the 1930s as an abbreviation for the Japanese phrase meaning Nihon Industries.  Nissan Motor Company was formally used since then but most of the cars and trucks up until the 1980s were labeled as Datsun.

Datsun entered the American market in the late 1950s and within a few years their cars and trucks were seen on almost all the major highways in this country (source: TeamNissan NH). The 1973 oil crisis helped position Datsun/Nissan’s small, fuel efficient vehicles as a strong player in the U.S. The cars and trucks were relatively inexpensive and they were novel enough to be considered cool so they sold like hot cakes.

Soon after the Datsun 240Z came out in full force the Datsun logo changed to the now ever present Nissan name and the rest is history, at least up to now. I asked the mechanic if he would sell one of those tiny trucks and he just shook his head and led me back into the service lobby.