Drifting is defined as a technique applied in motor sports where, the driver involved in the drift over steers their car in an intentional fashion while accelerating thus adding power to the vehicles rear wheels. The effect causes the rear wheels to lose their traction and for proper drifting, this move should be maintained for a set distance and in a skillfully controlled manner. 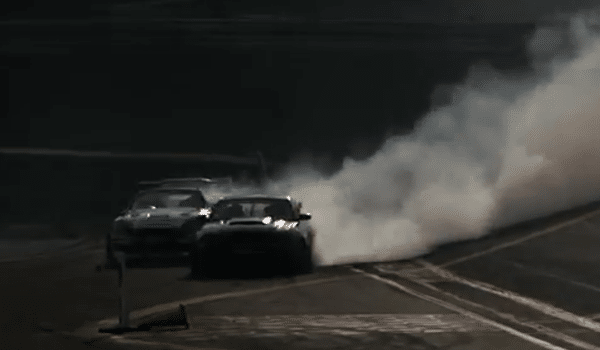 Johan Schwartz sets the World drift record after his attempt with his 2013 BMW M5 to make at least 40 miles. The drift in the video earned 51.278 miles and an amazing 322.5 laps on the 256m circumference BMW’s Driving Centre skid-pad in South Carolina.

On 11th May 2013, the record was set by Johan, who is also an instructor at the BMW Performance Driving School.

The drift record attempt that took place on 15th February 2013 at Yas Marina in Abu Dhabi, UAE made Abdo ‘Dado’ Feghali the World’s record holder of the longest vehicle drift. In the video while using his Camaro SS, the Lebanese rally champion and Red Bull athlete made more than 11,180m in just 14.18 minutes.

Dado finished a spectacular 43 laps in a track which had a circumference of 260m, a feat that was unsuccessful in his first attempt. He, therefore, broke the previous Guinness World Record of 5802m that had been set by Wang Qi.

The Guinness longest vehicle drift was awarded to a Chinese driver called Wang Qi after his drift attempt on 30th September 2011. The vehicle drift drill occurred at the Olympic Center Stadium in Tianjin where his car drifted for 5,802.3m. Captured on tape, the event was the World Drift Series, and the drift had 13 laps, which broke the previously set drift record of 2308m.

With the video that demonstrated a distance of 2308m and breaking of the previous set record by 394m, Mauro Carlo was sure to earn the World’s Longest Drift Record. The event took place in Weybridge, Surrey in the UK on 19th June 2011. Behind the wheel of the Mercedes-Benz C63 AMG, Mauro made a considerable 8.5 laps on the Mercedes-Benz world premier track. Due to a tire detachment from the rim, he had to quit on his goal of making 12 laps on that track.

While using his usual Ford Mustang, Vaughn Gittin came first in the 2013 World Drift Series which was held in China. The Monster Energy with Nitto NT05 tires, 845hp and torque of a powerful 623ft.lbs, made him scoop the China’s premier drift series.

The video depicts why so many still consider him the king of drifts.

Sedan vs coupe is an old battle that has been fought by many car enthusiasts as some prefer vehicles like Integra sedan, and others like to have cars like Chevy coupe. But, most of the debaters have... END_OF_DOCUMENT_TOKEN_TO_BE_REPLACED