Cars are among the greatest innovations of the human kind. It has been used over the years to ease transportation in terms of time saving and convenience in carrying luggage. This has span over decades with each period boasting of a car which is deemed to be of more superior quality in terms of speed. With the first world’s fastest car being recorded to be the Benz Velo of 1894 with a top speed of 19 km/h, this has grown over the years to today’s varying models which boast of a top speed of up to 430 km/h. the modern models are from different manufacturers who are working day and night to out do the other. 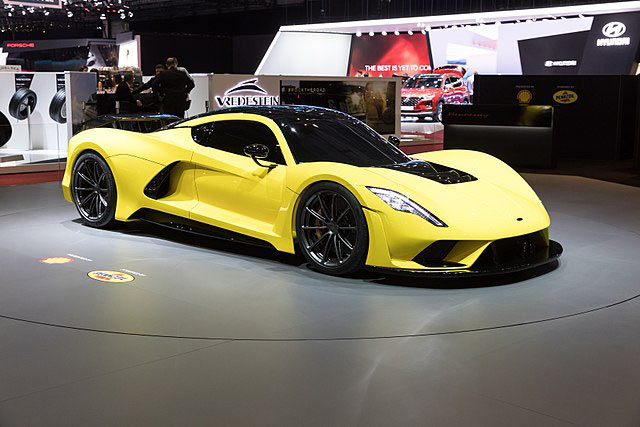 Hennessey is world renown for creating the fastest cars available. The Venom F5 is the latest addition in the Hennessey super cars family. It is built to reclaim the top position of the fastest car on earth. This super car is powered by a 7.4 L twin-turbo V8 engine that can generate a power of 1600 horsepower and 1300 lb./ft. torque. It is a Rear-Wheel-Drive with seven-speed single-clutch paddle-shift transmission. Its estimated top speed is somewhere above 300mph. it can easily go 0-186mph in less than 10 secs. The estimated price of Venom F5 is $1.6million.

The 5007 horsepower producing Devel sixteen is definitely the world’s most powerful car that exists.  It comes with a Quad-Turbo, 12.6 L V16 engine that produces a massive 3757 lb-ft of torque. It is estimated to go 0-60 mph in 1.6 seconds. Making it reach its estimated top speed 310 mph quite easily. It is one of the exotic super cars. 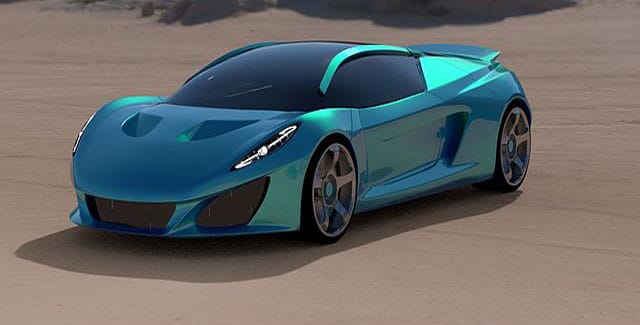 This is a car which is underway and believed to come as the leading in the category of the super fastest cars. This sports design of a car is being manufactured by a Manchester firm known as Keating Bolt. It is perceived that the car will make to attain a speed of up to 60 mph in just 2 seconds. With a 7.0 liter LS7 V8 engine the car is believed to have a super speed of up to 340 mph being superior to any other car in the market today. At a cost of £ 750,000 it is expected to hit the market early next year. 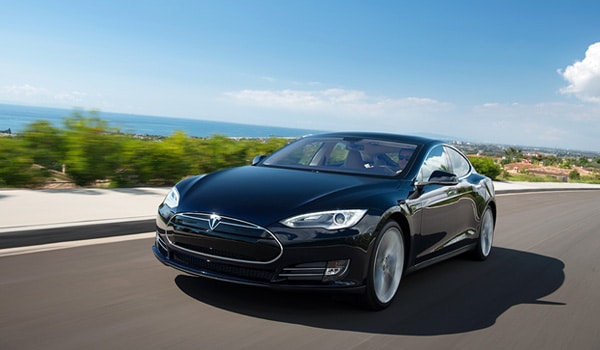 Tesla has created the fastest all electric car which is not only full of speed but is highly secure as well. The Tesla model S has received an overall 5 star ratings for its safety. It is an AWD which comes with an advanced copilot system which is sure to make your driving experience less burdensome. It has a seating capacity of 7; 5 adults 2 children. It can acquire the speed of 60mph in just 2.5 seconds, with its 100kwh battery it gives a range of 315 miles. The base price starts from $ 69,200. 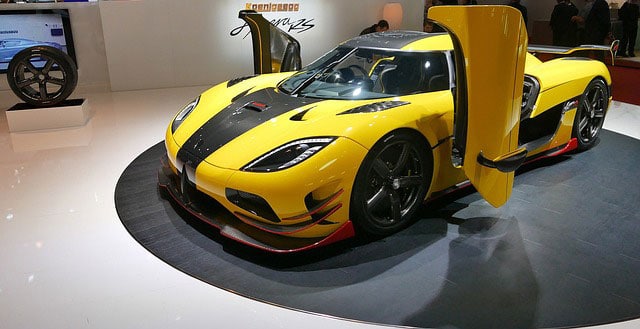 Though not certified and no prove provided for this model, the Koenigsegg Agera R is said to be the current world’s fastest car. The car can acquire a high speed of up to 100 kph in 2.9 seconds. With a 5.0 liter twin turbo engine the Koenigsegg Agera R has the capacity to produce 1,140 bhp. However, this Swedish product is still awaiting the certification by the world’s renowned bodies such as the Guinness book of records. 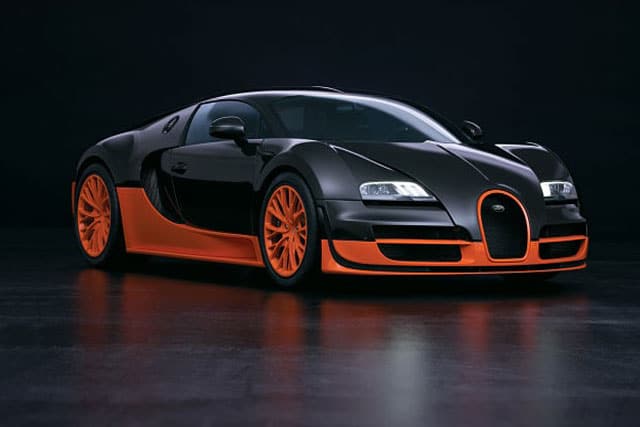 This is the modern day certified world’s fastest car. With a top speed of 429 kph the car tops the list of the existing fastest cars. It is powered by a Narrow angle 8.0 liter W16 engine with a horsepower of 1200. The car can attain a speed of 60 kph in as little as 2.4 seconds. Currently, the car is available at a cost of $2,400,000. 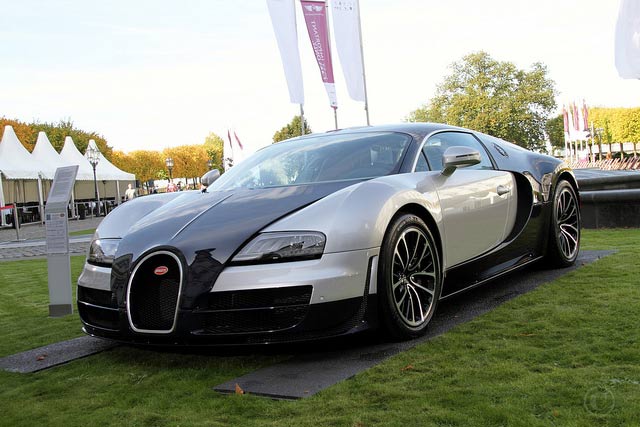 Certified by Guinness book of records as one of the fastest car as at 4th July 2010, the car has remained among the top contenders for the world’s fastest car positions. This was done on Volkswagen’s high-speed track in Germany. The car has a top speed of 415 kph powered by its 8.0 liter W16 engine which has a horse power of 1,200 bhp. The cost of acquiring this car now stands at $2,400,000. 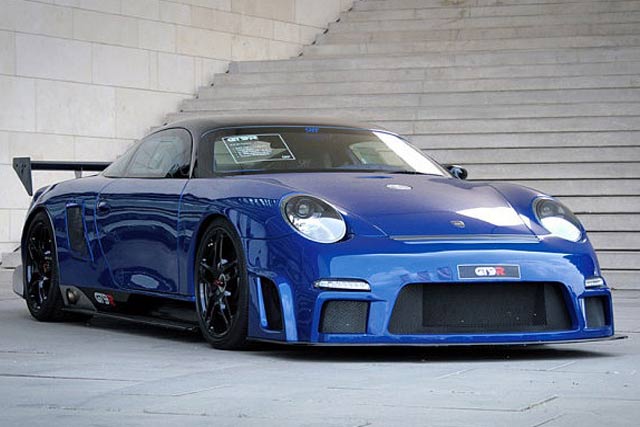 This is a Porsche design of a car which was ideally designed to pick the title of the world’s fastest car. This car has the capability to attain a speed of up to 100 kph in 2.9 seconds. The car runs on a 4.0 liter flat 6 engine which has a horse power of 1,120 bhp. However, this design never made it to the top of the ladder after it was outdone by the Bugatti Veyron before it could be verified and certified. The cost of acquiring this car stands at $695,000. The car comes with a customizable exterior to suit the taste of the owner. 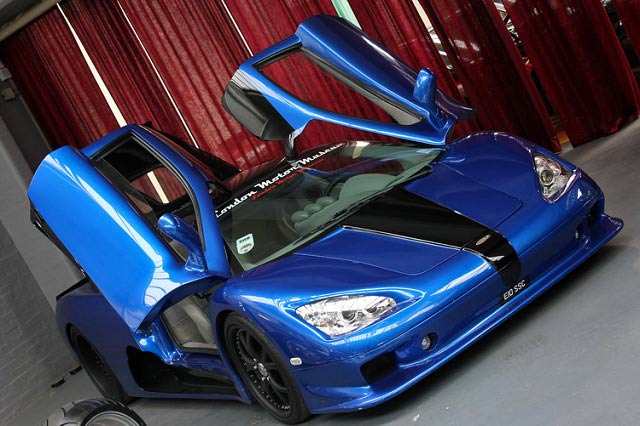 This is an outstanding high speed car which has been accredited as being one that has managed to clinch the title of the world’s fastest car twice. It was verified as the fastest car by Guinness book of records in March 2007 after successful testing. The car has a high speed of 413 kph. This is achieved through its twin turbo engine with a horse power of 1183. The car is available at a base price of $654,400. 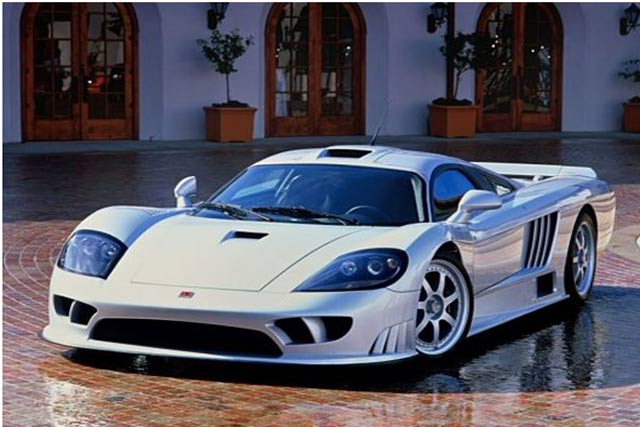 This is a smooth bad-ass design car which boasts of its superb design. The car has a high speed of 399 kph. This is enhanced by the car’s twin turbo all aluminum V8 engine with a 750 horse power. The price of acquiring this superb car is only $555,000. 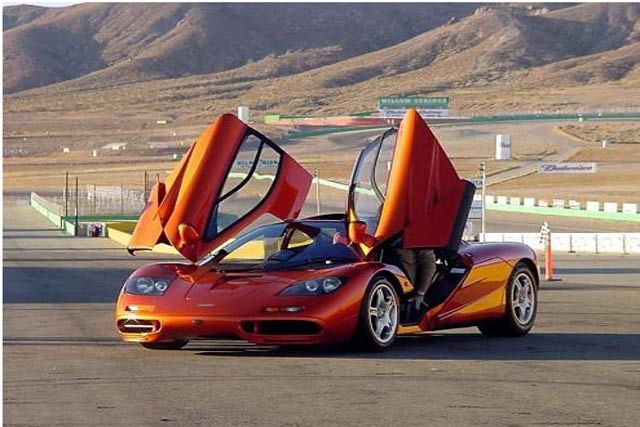 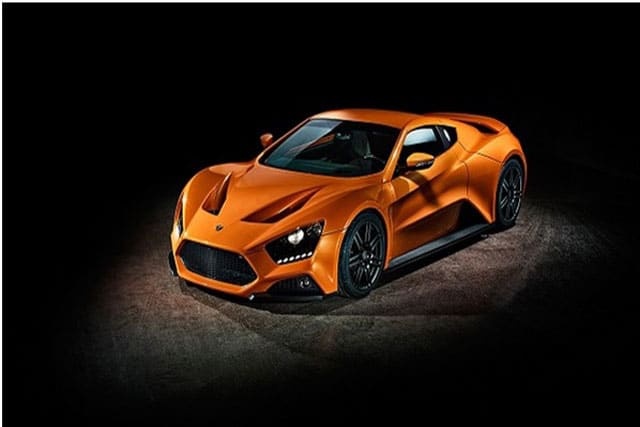 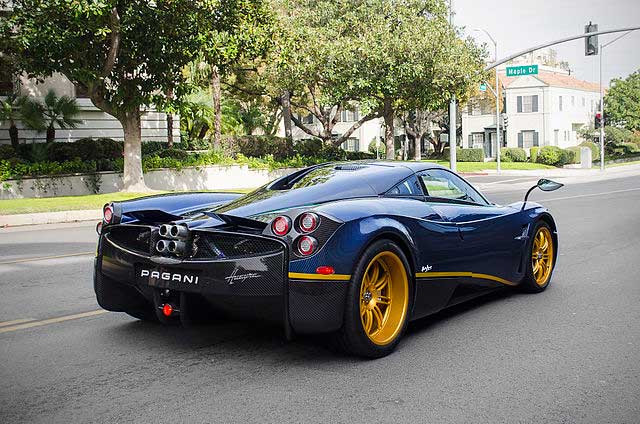 This high flying world’s fastest car is designed using a Twin Turbo charges 6.o liter V12 engine. This engine has the capacity to pump a horse power of 720. The car has a seven speed and comes with either automatic or manual transmission. The car costs 1,273,500. 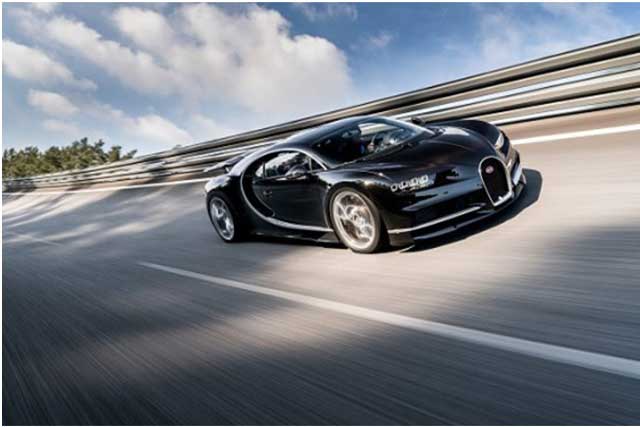 To succeed the Veyron, Bugatti introduced Chiron. Equipped with a newly developed 8.0L quad turbo-charged 16-cylinder engine, the Chiron is capable of delivering 1,500 horsepower (300 more than the Veyron) and 1,180 lb-ft of torque. A seven speed automatic transmission distributes the power to all four wheels and the top speed clocks at 420 km/h (260 mph). It can go from 0 to 0–100km/h (62 mph) in less than 2.5 seconds. The Chiron will start at a base price of $2.6 million and only 500 units will be produced. 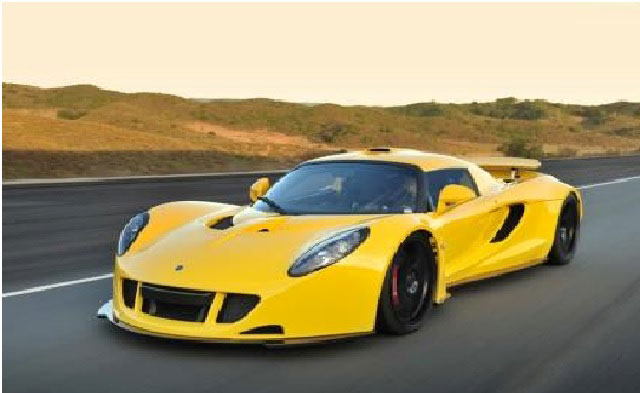 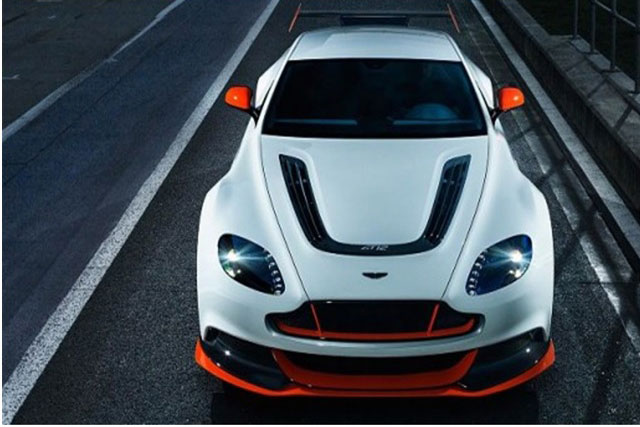 Aston Martin limited production of its most potent and uncompromising Vantage to 100 to maintain its exclusivity. It is dubbed as the most potent Vantage ever built and is equipped with a 6.0-liter V12 engine that produces up to 600 horsepower and 461 pound-feet of torque. It is constructed with light weight carbon fiber and weighs only 1,565 KG. The GT12 can sprint from 0 to 97 km/h (0-60 mph) in 3.5 seconds with a top speed of 298 km/h (185 mph). The starting price of Aston Martin Vantage GT12 is around $385,000. 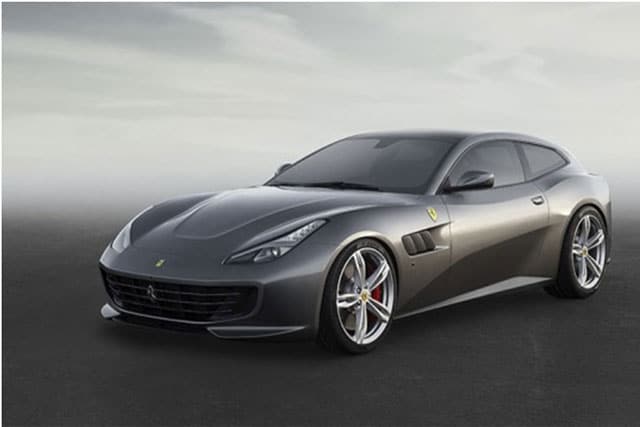 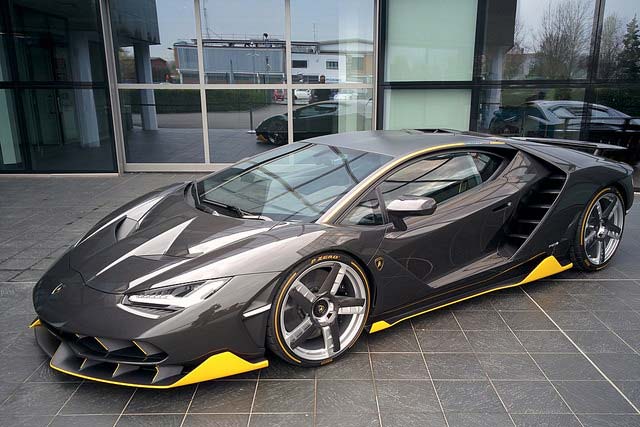 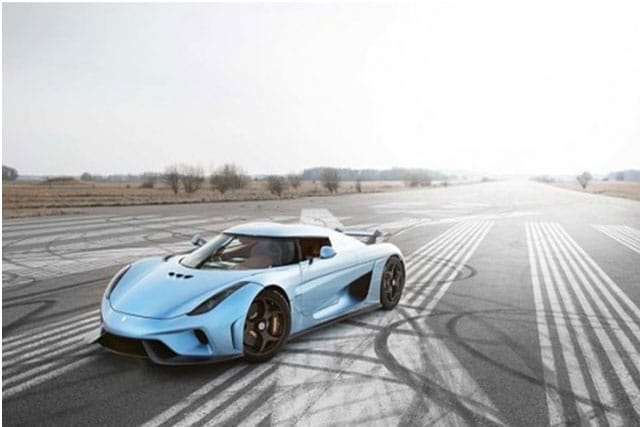 The new Koenigsegg Regera is not just your regular hypercar with a gasoline engine, it also packs 3 electric motors along with a twin-turbocharged 5.0-liter, V-8 engine. This powertrain combined with the electric motors produce up to 1,500 horsepower and 1,475 lb.-ft of torque. The 0-97 km/h (0 to 60 mph) time can be achieved in 2.7 seconds with a top speed of 400 km/h (248 mph). The automaker will build only 80 units of the 2016 Regera and the starting price would be around $2 million. 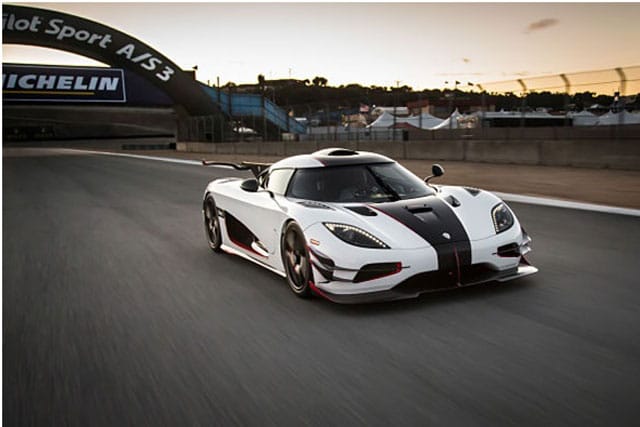 Christian von Koenigsegg oversees the final preparation of the first Koenigsegg One:1 Megacar ahead of The Geneva Motor Show. The One:1 attains a power to weight ratio of 1 horsepower to every 1 kg of curb weight through unprecedented weight saving measures. See Video Below:

The Mclaren P1 is definitely the step forward by Mclaren in their integration of creating the best Formula 1 cars which are at par with Ferrari and Pagani. This car can go 0 to 124 mph in just 2.7 seconds. With its 3.8L twin-turbo M838TQ V8 engine producing a horsepower of 903 it can acquire its top speed of 217mph quite easily. The basic model can be acquired at a base price of $1,350,000. It gives an average EPA of 15mpg in city and 22 mpg on the highways. 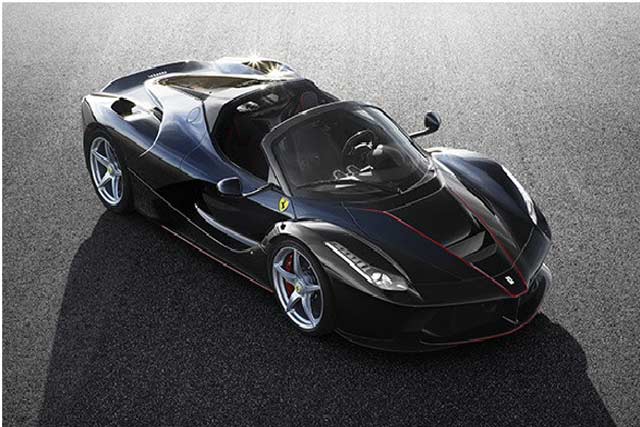 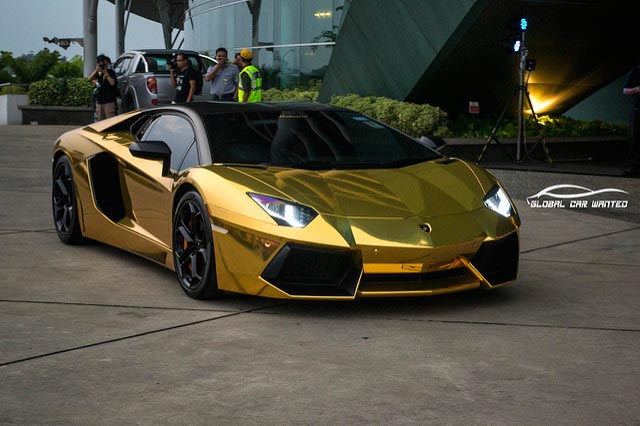 The most powerful production model from Lamborghini doesn’t just feature hair-on-fire styling, but also boasts V-12 harmonics that pacify and split eardrums. This gorgeous ride is equipped with a 6.5 liter V12 engine delivering 691 horsepower and a torque of 508 lb-ft with a top speed of 217 mph. All this power can take it from 0 to 60 mph in just 2.9 seconds. The starting price is $399,500. 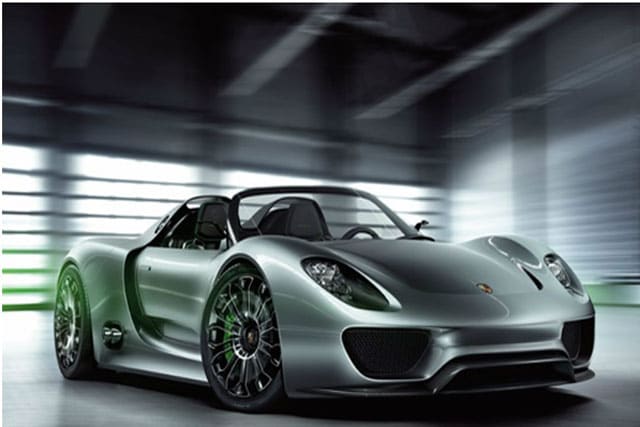 This gorgeous plug-in hybrid sports car was first unveiled in September 2013 at the Frankfurt Motor Show. The mid-engined sports car carries a 4.6 liter V8 engine assisted by two electric motors producing 887 horsepower with a top speed of 214 mph. The car can ramp from 0 to 62 mph in 2.5 seconds. The price starts at $845,000. 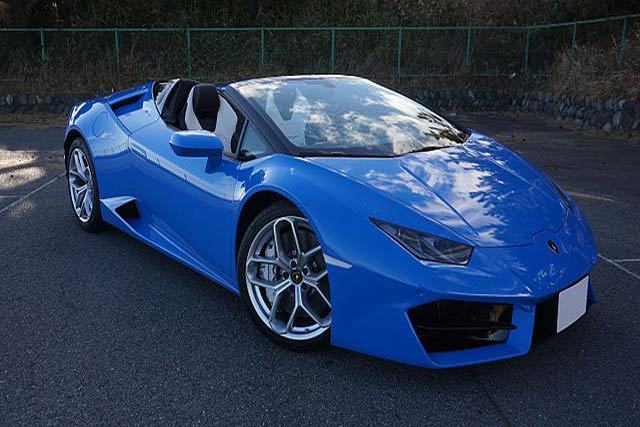 The latest one from Bugatti is the Bugatti Divo which has been revealed recently. Divo is created as a homage for the 110th anniversary of Bugatti coming in 2019. Only 40 units of Divo will be assembled. This car is made for true handling experience especially along the corners. The top speed is 236 mph whereas it can go 0-60 in 2.4 secs. It’s going to have an 8.0L quad-turbo engine which can produce 1479 bhp.

The SSC Tuatara is yet another speed monster from the Shelby Supercars. It is the successor of the SSC’s Ultimate Aero and is said to have a top speed of 300 mph. it’s engine is a 5.9L super-charged V8 designed by the team of SSC. It is claimed to produce a massive horsepower of 1750. The aerodynamics are designed in such a way that the drag coefficient will be only 0.27. 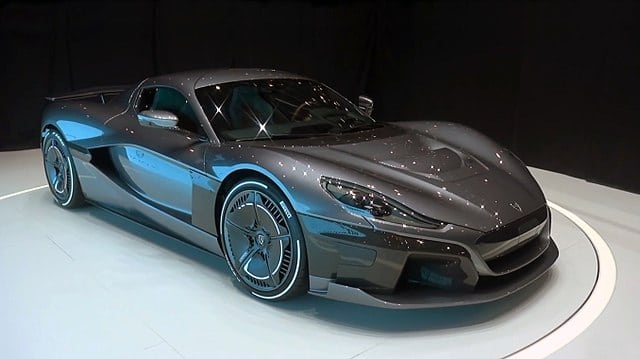 Rimac C Two is freakishly fast. This electric supercar is claimed to go from 0 to 60 in 1.85 seconds. The Croatian company Rimac Automobili was in headlines when ex-Top Gear’s and Grand Tour’s host Richard Hammond was nearly killed in a car crash at high speeds in the Rimac Concept One. The Rimac C Two has four electric motors that produce a massive 1914 hp and 1696 lb-ft of torque. The claimed top speed of Rimac Concept Two is 258 mph. 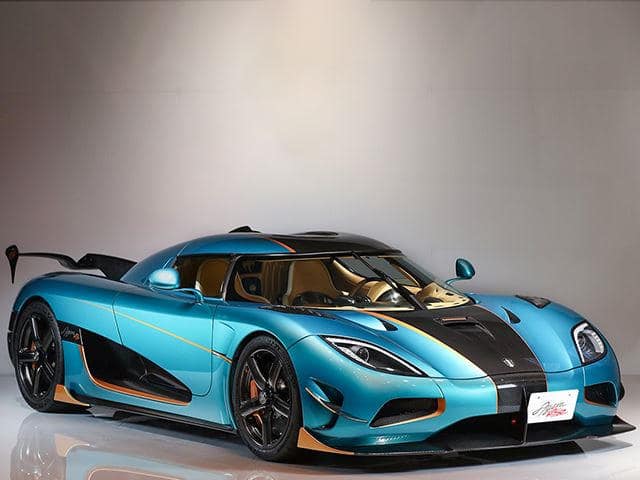 The Swedish supercar maker Koenigsegg’s model CCR 2004-2006 is also one of the fastest cars available. It has made a record of 242 mph at the Italy’s Nardo Ring in 2005. It was a supercar which can do 0-60 mph in just 3.1 secs but it was soon replaced by the CCX and then by the Agera. 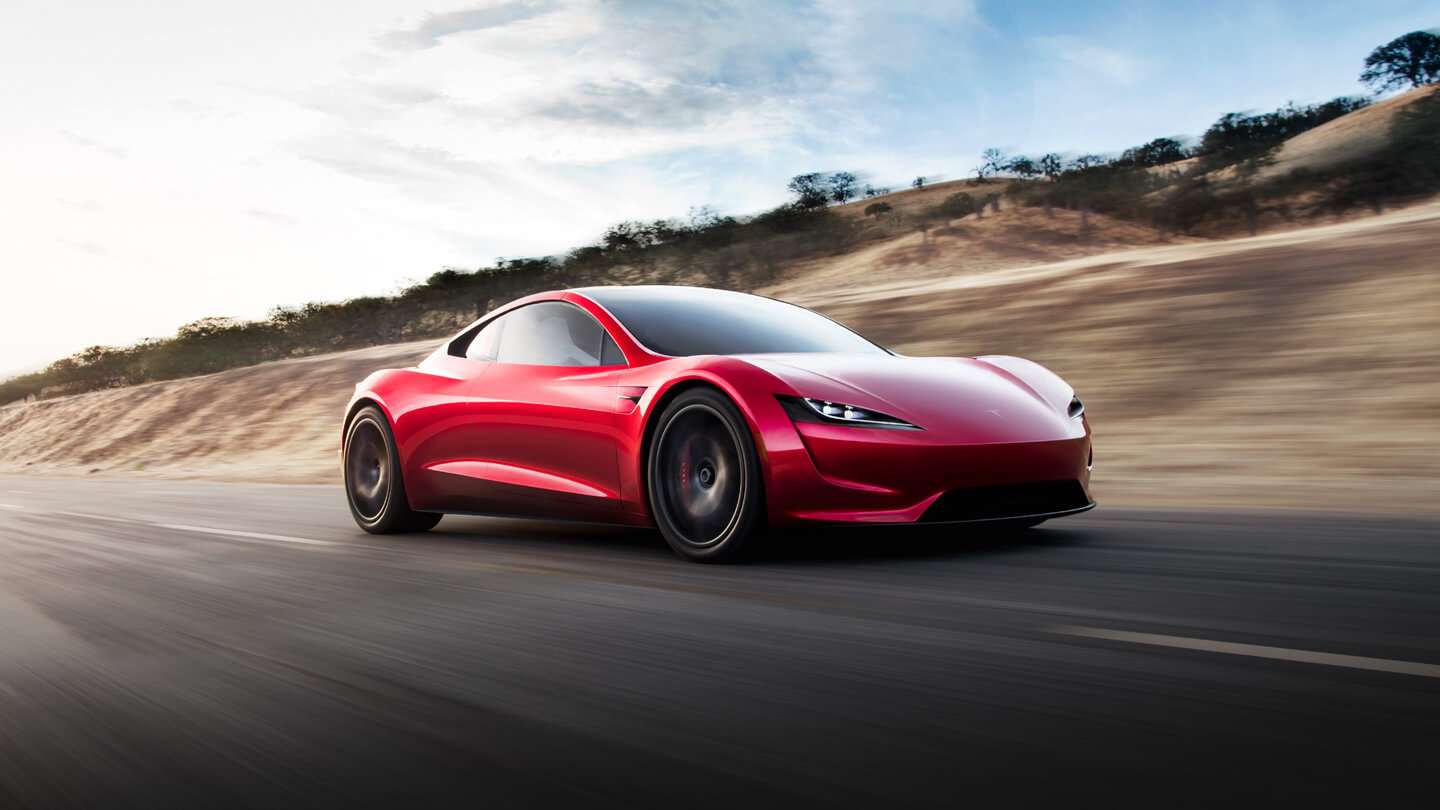 Tesla created the Roadster; a sports car based on Lotus Elise. The performance of this EV is mind blowing it can do an exceptionally fast 0-60 mph in only 1.9 secs and a 0-100 mph in 4.2 seconds. The top speed of this Tesla Roadster is 250 mph.

So, if you are lucky enough to get hold of any of the above mentioned world’s fastest cars, just handle them with care.