The Specialty Equipment Market Association (SEMA) represents the specialty parts and accessories industry, made up of a diverse group of car manufacturers, distributors, retailers, publishing companies, auto restorers, street-rod builders, restylers, clubs, and race teams. SEMA members make, buy, sell, and use aftermarket parts to make vehicles look, feel, and perform differently. According to the SEMA website, it was founded by “people who loved cars and trucks and turned their hobby into a career.” SEMA’s stated goal is to “protect consumers’ rights to drive accessorized, customized and vintage vehicles”. The organization interacts with legislatures to represent the interests of consumers who like to customize or modify their vehicles. They have also represented consumers who were wrongfully charged by car dealers for repairs on the grounds that specialty accessories had voided the vehicle’s warranty.

Every year, SEMA puts on an enormous trade show in Las Vegas, Nevada. At the SEMA trade show, part and vehicle manufacturers show off their latest offerings to buyers, distributors, and members of the press. Featured parts range from restyling accessories and automotive organizers to engine parts, restoration supplies, street rod components, and safety enhancements. During the show, a group of over 2,400 exhibiting manufacturers cast their votes for the best vehicles in a variety of categories.

This year was the 50th anniversary of the SEMA trade show, and for the second year in a row, Ford dominated the awards. The SEMA Awards are given out on the second morning of the show, and are supposed to “guide consumers towards the hottest-trending and most accessory friendly vehicles on the market.” This year’s awards closely mirrored last year’s. In 2015, the Ford Mustang won the Hottest Car category, the Ford F-Series won Hottest Truck, and the Ford Focus won Hottest Sport Compact. This year, although the categories were changed up a bit, Ford still took home essentially the same awards, with the Mustang being crowned Hottest Coupe, the Focus the Hottest Hatch, and the F-Series the Hottest Truck. 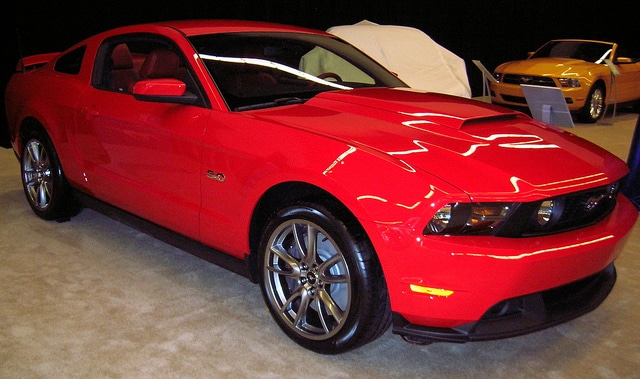 The Ford Mustang has taken home a SEMA award for the past five years, and this year was no exception. The Mustang had a strong showing at the trade show. Especially wicked-looking was the modified Mustang being shown by performance parts firm MRT. Painted red and black with tinted glass, 20-inch wheels, and a carbon fiber hood, and featuring a twincharger setup, it was based on the 2017 Ford Mustang EcoBoost. It included a Vortech supercharger, wastegate, blow-off valve, intercooler, an MRT-branded stainless exhaust setup, Baer six-piston brakes, and a BC Racing coilover suspension. 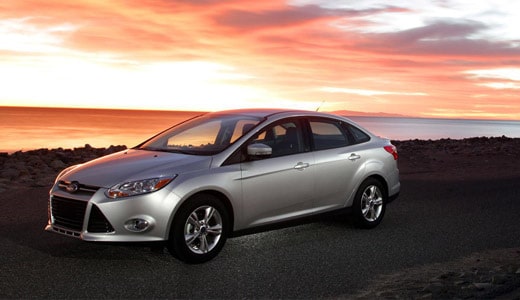 Full Race Motorsports, an Arizona-based company, also had a custom build to show off at SEMA’s trade show: their 2016 Ford Focus RS. A distinctive combination of BASF Fire Orange and Stealth Gray paint lent the award-winning hatchback an exciting look. Under the hood, the setup, consisting of a Borg Warner EFR twin-scroll turbo, 3-inch turbo-back exhaust, cold-air intake, and upgraded inter cooler, provided the car with a monster 450 horsepower. 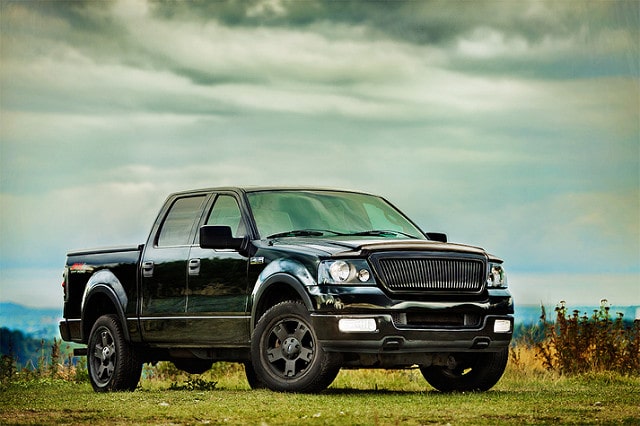 The Ford F-Series truck has won a SEMA award for six out of the last seven years (the lifetime of the SEMA awards). Custom versions of the 2016 Ford F-150 also had a strong showing at the trade show, perhaps the most memorable of which was the EraThr3 F-150 by Hulst Customs. A beast of a truck in all black with silver trim and custom 26-inch Lexani “Monza” wheels, it boasted a Whipple supercharger capable of boosting the base vehicle’s 5.0L V8 engine up to 750 horsepower, along with custom 4-link rear suspension of Hulst’s own design.

Dave Pericak, the global director of Ford Performance, said of the awards, “We are honored to take home three SEMA hottest vehicle awards for the second straight year. Embracing the aftermarket industry is something we relish, and—with Mustang, Focus, and F-Series being back-to-back winners—it appears the aftermarket appreciates our products as well.”

SEMA President and CEO Chris Kersting had this to say about Ford’s win: “Ford is a great partner with the specialty equipment market, and the Mustang, Focus, and F-Series trucks are terrific platforms for customization. Through collaboration with Ford, the aftermarket industry has been able to provide consumers with countless products and options on ways to personalize their vehicles.”