The Land Rover Defender is an iconic vehicle used by all sorts of people since 1983. It takes its roots from the original Land Rover Series vehicles from the 1940s.

A few months ago, Jaguar Land Rover announced that it was to end production of the Land Rover Defender. The firm stated that the last Defenders will roll off the production line in December 2015. 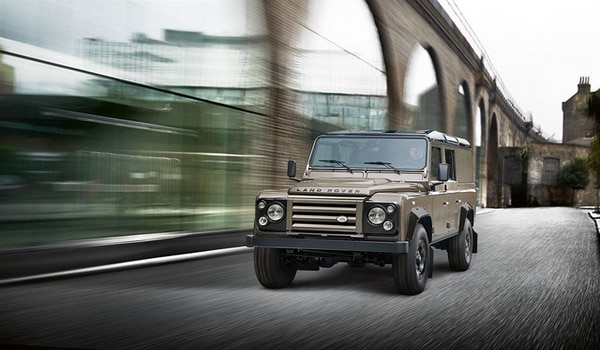 There are two main reasons why production of the Land Rover Defender will stop. The first is that they don’t meet current U.S. vehicle safety standards. The second reason is that the engines used in them do not meet existing Euro 5 emissions laws in Europe.

Many people will be sad to see the end of an era in British motoring history. The good news is that a replacement for the Defender is set for 2015.

Unfortunately, there is some bad news – albeit for existing Land Rover Defender owners. Car thieves and organised crime gangs are keen to capitalise on the end of the Defender’s production.

There has been a rise in the spate of Land Rover Defender thefts. You might think that car thieves would target exotic cars. But it seems that Defenders offer a lucrative enterprise for the rogue elements of society.

Do you own a Land Rover Defender? If so, here are some ways that you can protect your pride and minimise the risk of theft.

One clever way to combat parts and car theft is to have your car’s valuable parts security marked! Saxton 4×4 recommend this security method to help you track the culprits down in case someone steals your Defender.

There are many ways that you can security mark your parts. For example, parts can be laser etched or marked with an ultraviolet pen. You can have security firms do this for you, or you can buy DIY kits that let you register your parts.

Visual deterrents are a great way to stop people stealing your pride and joy. One of the best examples is to have an approved alarm system installed.

Some owners even have GPS tracking systems installed. But the only disadvantage to such systems is the installation and subscription costs.

To help prevent people stealing your Land Rover Defender, another visual deterrent is to fit a steering wheel lock. The excellent Disklok is a proven theft deterrent.

If you have a tendency to park your Defender in any random location, you should rethink your parking strategies. It is more likely to targeted at an unlit or seldom-used location than in a populated area.

At home, you should consider parking your Defender in your garage. If you don’t have one, park on your driveway. A simple CCTV system fitted by your driveway can also act as a good deterrent.

I hope you have found these tips useful. Post up below if you have any that you’d like to share with our readers. Thanks for reading!