The automotive industry has seen its fair share of life changing breakthroughs; some made it to these high times of technology, while some were lost in the shadows of more in-demand inventions. Whenever talking about internal combustion engines with a radically different design, the first name to come to mind is the Wankel Motor. 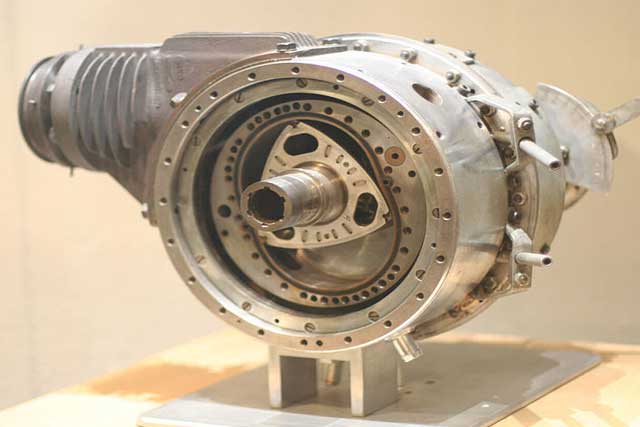 Wankel Rotary engine or Wankel motor is a piston-less internal combustion engine. The rotary engine, in disparity to the conventional reciprocating piston engines, uses an eccentric rotary design which has the advantages of being simple in design, highly efficient at high speeds, compact, higher rotations per minute (rpm) and offers a high power to weight ratio. Due to the aforementioned upper hand of the rotary design on the common reciprocating engine, it was deemed as a pinnacle for internal combustion engines that just needed a little polishing.

In 1951, NSU Motorenwerke AG of Germany started working on this project. Felix Wankel completed the first working prototype dubbed the DKM 54 in 1957. The prototype engine had potential and could gain speeds up to 17,000 rotations per minute. But the maintenance of the engine was troublesome. Hanns Dieter Paschke resolved the issues of wankel’s prototype by creating a simplified version of his engine named the KKM 57P. This engine design was quickly adopted by automakers and  started working on different prototypes.

To put it in simple words, the process of a rotary engine is very similar to that of a traditional piston cylinder engine. The difference however is that instead of cylinders, there’s an epitrochoid (oval-like) shaped housing and instead of pistons it has an elliptical triangle shaped rotor. The rotor rotates on the eccentric shaft which is analogous to the crankshaft of a reciprocating engine. The apexes of the rotor create three moving chambers inside the housing. Fuel and air are pulled in through the intake port and compressed against the narrow side of the housing, and then spark plugs ignite this compressed mixture of air and fuel. The explosion pushes the rotor through the power stroke until it passes the exhaust port, which allows the resulting gases from the explosion to escape.

The simplistic design and lesser parts of the Wankel engine lured almost every major automobile manufacturer to license and develop the engine. As a result many engines, from chainsaws to airplanes were made, each with a different design and concept. For example, Norton created several motorcycles using the design, Rolls Royce pioneered a two stage diesel variant of the Wankel engine, while Curtis-Wright built airplane engines and Sachs produced small air-cooled engines for everything.

But the only major manufacturer to remain loyal to the Wankel rotary is Mazda. Mazda has researched greatly, and produced many variants of the engine. The Mazda RX sports-car series is an example of Mazda’s dedication for the Wankel motor. The last major production car with a rotary was the RX-8, which was discontinued in 2011. However, Mazda is still dedicated to rotary and is creating the next generation of the engines.

Why the engine failed?

The design of the Wankel causes a slow fuel burn, leading to raw fuel mixture being dumped out the exhaust port.

The major cause for the failure of the rotary engine in the modern world is the terrible emissions problem caused by unburnt fuel and burnt oil.

Rotors use seals on the faces, seals around the central port, and most importantly apex seals. The apex seals are under extreme thermal and pressure stresses as they travel around the engine housing. Failing apex seals are the primary cause of rotary engines going down for overhaul.

Because of the aforementioned seal problem of the rotary the engines don’t last as long as piston engines and cause the need for engine overhaul between 50,000 to 100,000 miles.