Just Passed Your Test? Here’s How To Prevent An Accident

Congratulations on passing the test and welcome to the driver’s union! There is nothing like being able to get behind the wheel of a car without an instructor. You are now solely responsible for the car, and that is exciting. It is also quite scary when you think about it because you no longer have a safety net. There is no one to help you out in case you make a mistake and no one to tell you where you went wrong. There is only you and the car.

It is for that reason that new drivers need to take their safety seriously. Obviously, every driver needs to take their safety seriously. But, you need to put more emphasis on it because you don’t have as much skill or experience. It takes a while to get used to driving alone, and you need to take precautions until you are ready. The list below should help you avoid any accidents or incidents on the road. 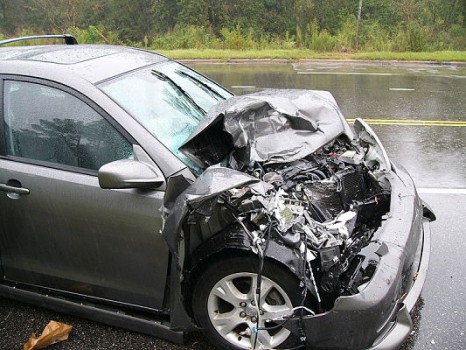 Just because you are fully fledged driver doesn’t mean you can mess about with your phone or lose focus. You need to watch the road at all times whether you have been driving for two minutes or twenty years. Focus is the key to staying safe when you are behind the wheel. As soon as you lose focus, you will lose your grip on the car. Lots of new drivers discard everything they had to do while they were learning. That is a dangerous tactic because your instructor was teaching you to stay safe.

Stick To The Speed Limit

Speeding is another trait of a new driver. Again, you will feel excited to be able to drive without any help. And, for that reason, you might feel the temptation to speed. Okay, so everyone goes over the speed limit. Well, they shouldn’t as the limits are there for a reason. Going thirty-two in a thirty zone isn’t a big deal – the police won’t even prosecute. But, anything over thirty-five is dangerous. It is only a couple of miles per hour extra, but it makes a big difference.

You had it easy while you were a learner. Your instructor turned up outside of your house in a gleaming car, and you hit the road. Life as a legal driver isn’t that easy. No one will look after your car for you because that is your job. It is amazing how many car owners neglect their car considering the impact it has on safety. And, it is such as simple task. There are plenty of maintenance tips available that are basic and easy to perform. Also, never underestimate the effect of a good clean. Water and soap can wash away dirt and grime that can get into the engine. It can also stop the car’s components from disintegrating.

Talk To A Lawyer

Talking to a lawyer might seem a little weird. After all, you haven’t done anything wrong. True, but that doesn’t mean you can’t use their services. Personal injury lawyers like Black and Johnson deal with car accidents on a daily basis. They know everything there is to know about them because it is their job. As such, they can tell you what you want to do and don’t want to do to avoid an accident. The fee might be pricey, but you do have to pay for quality. Another option is to talk to a police officer. They also have an encyclopedic knowledge of car accidents. Again, they will have invaluable advice that you can use, and they don’t cost a fortune.

This is an obvious one, but it is something that you will have to contend with in the future. There will come a time when driving under the influence seems like a good idea. You won’t have any money for a taxi, and your car will just be outside the bar. Plus, no one is going to know you are drunk, right? Maybe, but it only takes one police officer to bring your world crashing down. You also have to factor in the consequences of your actions. It might seem improbable, but what if you crash or cause an accident? Can you deal with the consequences that follow? All it takes is a bit of willpower to resist the urge to drive, and the scenario will never occur. The same goes for any drugs that make you feel lightheaded or impair your reaction time. Alcohol is the main one, but there are plenty of others.

You can’t drive a Ford Focus like a McLaren Formula One car. A road car doesn’t have the same sort of specifications. It is important that you understand this point before you start cruising around the streets. Drivers that know their car’s limitations are the ones that tend to avoid accidents. That is because they don’t do anything stupid when they are on the roads. For example, they will slow down when turning corners as they know the steering is stiff. All it takes is one mistake, and you could end up on the wrong side of a lawsuit. Think of the car as an extension of yourself. Although that sounds corny, it is a useful tip.

There are two reasons not to drive at night. The first is that it is dark and harder to spot hazards. The second is that you are more tired at night. Tiredness affects your reaction times and makes traffic incidents more likely. Put the two of them together and you have a recipe for disaster. No one is saying that you should never drive at night. At some point, that is inevitable. However, you should only do it when you feel ready. You are ready when you are alert and confident of driving in the dark.

Driving is an amazing experience, especially when you have just passed your test. Don’t ruin it by crashing within the first couple of weeks.