Why a Diesel Engine Doesn’t Use a Spark Plug

Before moving further, keep in mind that diesel engines vehicles have no spark plugs. This is because, unlike their rivals, gasoline-powered engines, these kinds of vehicles don’t require spark plugs to ignite.

That well said, diesel engines rely on compression that raises the air temperature: therefore, the diesel fuel can combust immediately.

A spark plug refers to a component used to transmit electric current into the combustion chamber. It will spark compressed air and fuel to start fuel combustion – and that allows vehicles to move.

Now that you have seen the reasons for having spark plugs for gasoline engines, how many spark plugs are in a diesel truck? Well, you can find out more information by reading the rest of this article.

Differences Between Gas And Diesel Engines

There is a significant difference between gas and diesel engines. But that depends on how each engine uses the fuel. For most engines, all internal combustion engines will function similarly. This takes place through a process: introduction of fuel, ignition or combustion of that fuel, and the explosion to make the piston move. When the piston moves, it makes the crankshaft rotate. The resulting powder will be transferred to transmission and drive wheels.

The more the pistons, the more the engine power. However, for many years, automotive engineers have tried to figure out how engines can be more powerful but consume less fuel.

In addition, the structure of these two engines differs. Therefore, each engine type – gasoline or diesel – functions differently on how it burns fuel in the combustion chamber.

Gasoline is a flammable liquid, while diesel is a combustible fluid. These classifications make the engines differ. It will be easy for a gasoline engine to ignite with a spark. What about the diesel engine: does diesel have spark plugs?

For a diesel engine, the process is not the same. Diesel has a high boiling point, and it requires a higher compression combustion chamber to be an effective fuel source.

In other words, it means gasoline is hazardous with unconstrained fuel such as car accidents. A flame or an errant spark will not ignite gasoline, it’s the fumes from the gasoline responsible. They will catch fire and therefore, not the liquid itself.

Besides, diesel will remain a hazardous substance. You need to observe all safety precautions while handling or storing the fuel.

Nevertheless, gas and diesel engines will use their fuels differently. For a gasoline engine, the gas fuel enters the chamber. A spark plug is used to ignite the fuel.

On the other hand, a diesel engine will not work as a gasoline engine. That’s because the spark will not make it combust. Therefore, even when you use diesel instead of gas, it will incur an expensive repair bill. And that answers the main question: do diesels have spark plugs?

Why Do Diesel Engines Not Use Spark Plugs?

Diesel engines, unlike gas engines, don’t use spark plugs. To understand why these engines don’t need a spark plug, let’s look at how both engines work.

The similarity between the two engines is that both have internal combustion. But as their names suggest, they use specific fuel types. But that’s not the end with the best diesel cars there is more.

Diesel engines work depending on a compression-ignited injection system. The system works differently from the spark ignited system used by gasoline engines. The difference between the combustion systems depends on the nature of the fuel. For gasoline fuel, it can ignite in any state, while diesel fuel requires atomization.

What Should You Expect After Using Spark Plug-In Diesel Engine?

If That’s The Case, What Does A Diesel Engine use?

Instead of a spark plug, a diesel engine will use a glow plug. This is usually an electrical heating device found in each cylinder. In addition, it typically has a heating element put at the tip and can emit light when heated.
Diesel will be sprayed on the heated point; it will mix with compressed air, evaporate and then begin the combustion process.

Infusion of fuel and air occurs differently; therefore, diesel engines have high compression ratios. For gasoline, they will not generate a similar compression ratio only because it is likely to auto-ignite.

Therefore, diesel undergoes a high compression ratio because it is less volatile, and thus, has a low self-ignition temperature. And that makes it burn after it is sprayed on the heated air.

If the pressure stroke sucks air, that air will be compressed by a piston leading to air getting heated. So, the high compression in diesel engines allows diesel to be sprayed but in droplet forms on the heated air.
Due to its low volatility, therefore, diesel will not require high temperatures for auto-ignition, unlike gasoline. 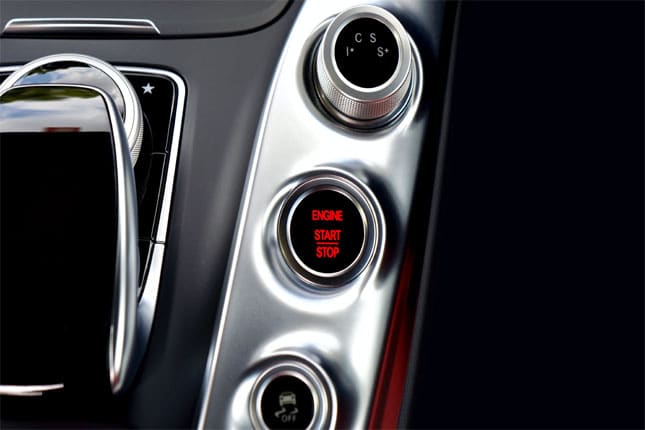 The other reason why a diesel engine doesn’t require a spark plug is auto-ignition temperatures. Auto ignition refers to specific temperatures that allow fuel to burn.

Diesel has a low auto ignition temperature, therefore easy to auto-ignite. That’s why the temperatures generated during air compression in the cylinder can ignite automized diesel.

Conversely, there are many cases of engine knocks and an explosion of air-fuel mixture with gasoline engines. This is because gasoline works differently from how diesel behaves at high-temperature ratios. And therefore, gasoline pre-ignites easily, causing engine knocks.

Diesel is less volatile with low auto ignition temperature, burns easily, and therefore, no need to use a spark plug. Again, diesel engines don’t have carburetors because most usually don’t have spark plugs.

It is believed that these diesel engines don’t use spark plugs. Nonetheless, that isn’t for all diesel engines. What diesel engine has spark plugs? There are agricultural diesel tractors using different fuel types, such as Allis-Chalmers heavy-duty engines. The tractor used diesel fuel, gasoline, or liquefied propane gas. In such types of tractors, the engine has a unique design. It starts with gasoline and has two levers such that you can switch to diesel.

Glow plugs are used in a diesel engine. These are usually heating coils that are cased in a metallic tube. Inside the tube, it is filled with electrically insulating ceramic powder.

When electricity from the car battery is sent to the glow plug, it is heated to as high as 1000°C within seconds.

There are different types of glow plugs. Some are ceramics, thus more expensive but efficient. That’s because ceramic allows the plug to heat fast, unlike the metal-encased ones. They are also more durable.
Nevertheless, the glow plug will not only heat the diesel fuel – it heats the entire engine and allows it to function properly.

Glow plug functions in diesel engines through these three phases: 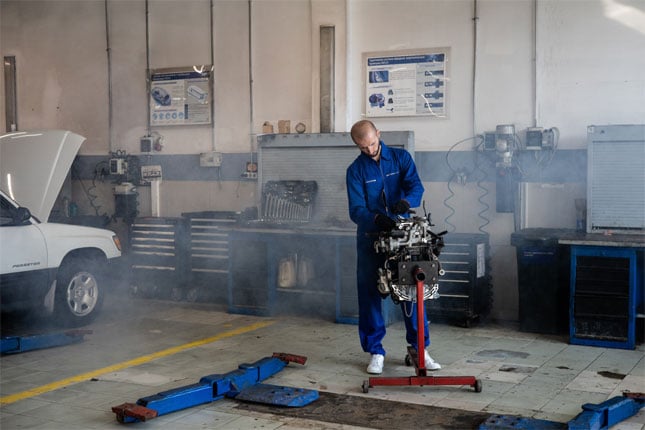 Preheating is the first stage where the glow plug heats up, allowing the engine to start. The plug glows red hot, and then the fuel injector blows atomized diesel fuel over the glow plug.

After that, the glow plug is heated up to allow easy ignition of pressurized air present in the chamber. 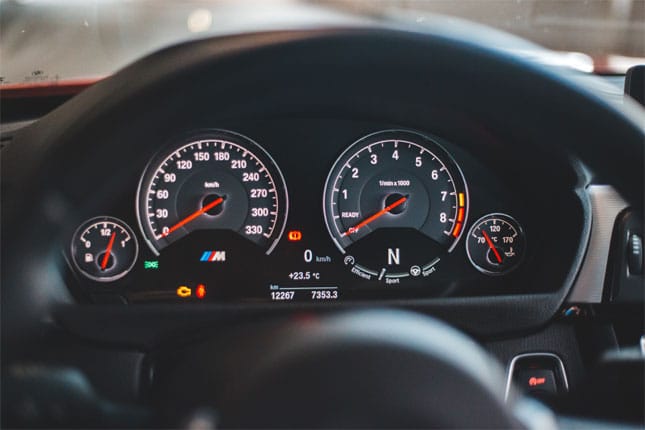 The plug will have to maintain its temperature to ensure the diesel fuel will ignite properly in the combustion chamber. Moreover, it should stay energized as that ensures engine cycles will start properly.

After heating the glow plug, it will remain energized for some minutes to help maintain the combustion process. This is even after the engine starts. So, the glow plug continues to heat the fuel to avoid the engine dying before it gets into a normal running temperature.

How to Identify a Bad Glow Plug

Older diesel engines can start even when the glow plug isn’t working. But that’s not the same case with modern vehicles.

If you want to know your vehicle has a faulty glow plug, consider these characteristics: 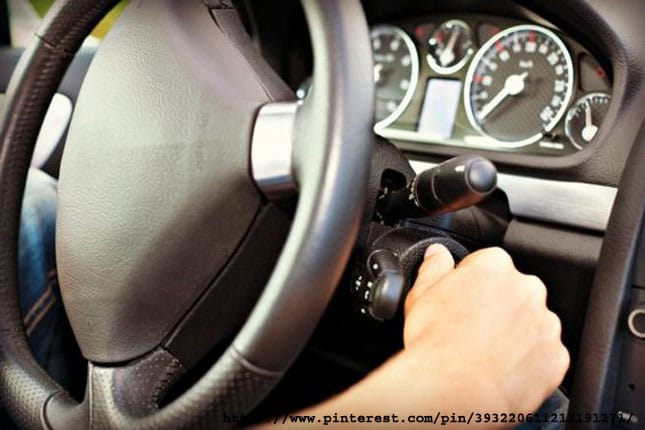 Perhaps your vehicle requires one turn with the key to start but later finds it taking longer; then, your glow plug has a problem. A glow plug functions properly when you heat air and diesel to ignite easily.

A faulty glow plug will not get hot enough to prime atomized diesel before it injects it. So, you are likely to expect hard times – particularly during colder months. 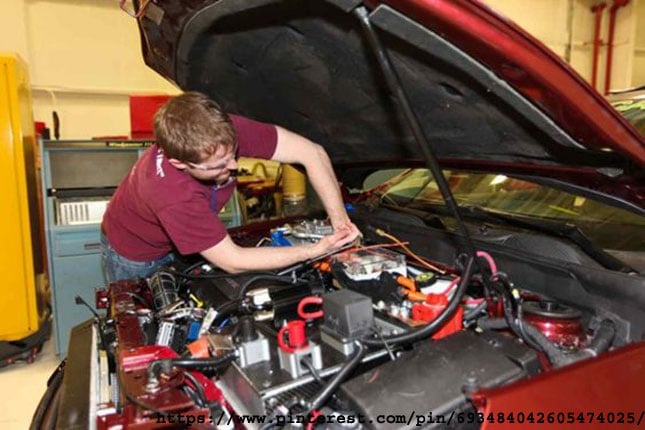 Moreover, engine misfire is also likely to cause engine issues such as clogged fuel injectors and engine knocking. 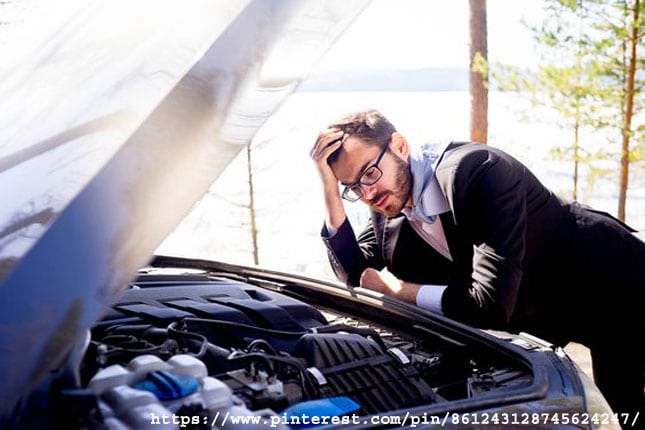 During cold weather, the engine doesn’t start at all. That may result from malfunctioned glow plugs. To identify a faulty glow plug, the engine will turn over but without a successful start.

On the other hand, if your battery is the problem, you will only hear clicking sounds. Besides, you can see an indication of not enough power that goes to the starter motor. 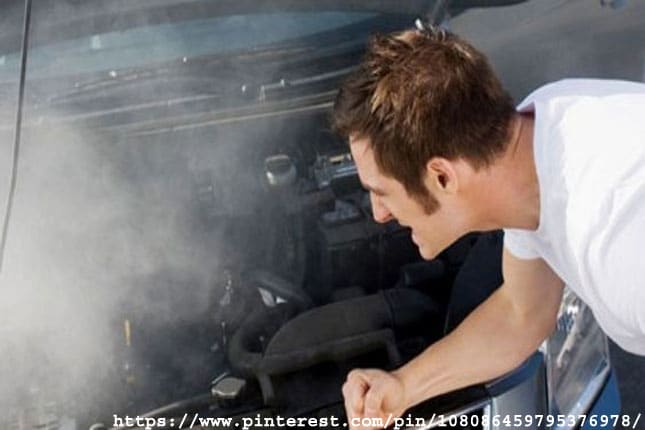 When you try to start the engine but only see black smoke, it means the fuel isn’t burned efficiently. And that will happen when the glow plug doesn’t heat the diesel fuel efficiently.

Nonetheless, that may not be the only problem. If you realize that your vehicle still benches black smoke, particularly when you accelerate, it could be resulting from other mechanical issues. 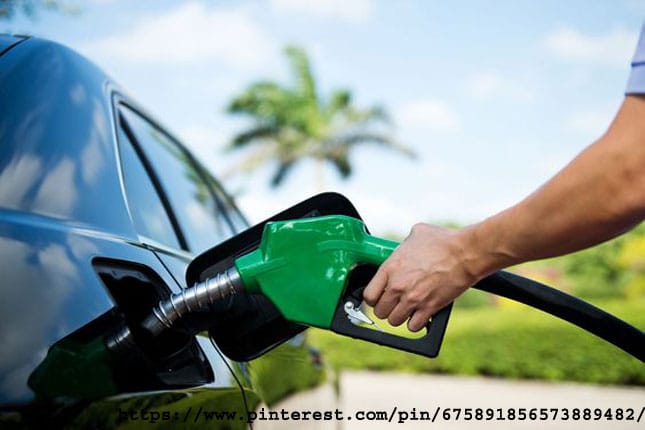 When starting the engine, you’re consuming fuel. So, with a malfunctioning glow plug, the engine will inject diesel into its combustion chamber and no ignition. Therefore, the fuel will go to waste instead of being used in powering the vehicle.

In addition, hard starting will add more stress to the components of the engine. It causes more wear and tear, such that the cylinder loses more compression. And therefore, engines will no longer be efficient than before.

Does The Diesel Engine Use Spark Plugs?

No. The diesel engine runs by injecting atomized fuel inside the cylinder. It will then be ignited through compression and heating of the air-fuel mixture. The diesel engine does not use a spark plug since it will not have a role in this process.

What Will Happen When I Use A Spark Plug In A Diesel Engine?

The spark plug will not function. That’s because it is only designed for a gasoline engine. It can only work with an engine designed to run with a variety of fuels.

Moreover, diesel engines have no design to use a spark plug; therefore, they can’t accommodate one. So, using a spark plug will be impossible.

Can I Start A Diesel Engine Without A Glow Plug?

The Bottom Line: Does Diesel Have Spark Plugs?

Diesel engines have their specifications. Unlike gasoline engines, they don’t have a spark plug to help it ignite the fuel. This is because diesel engines will use heat from compressed air to ignite the atomized diesel fuel. So, instead of having a spark plug, it will use a glow plug. The two plugs – spark plug and glow plug – look similar, but each has a specific role in their respective engines.

A glow plug can only heat atomized diesel fuel. So, a glow plug can’t ignite the fuel, and it’s only energized when you want to start the engine. That’s why they function differently from spark plugs that will continue to function as the engine runs.